SEDANT Foundation Holding Co., Ltd. (hereinafter referred to as Sedant) was founded in 2000, with its headquarter in Beijing. After 19 years of growth, Sedant has gradually created a stable business model with intelligent manufacturing as the core, with low-carbon real estate in key areas as the basis and with customer-oriented trade & logistics services as the platform.With the drive of strategic orientation, the support of resource coordination and the service of management and supervision from the holding company, the advantages of markets, technology, products, customers and management between different business models are fully used. Based on the national policy of supply-side structural reform, Sedant plans to fulfill the company’s 4th five-year plan by 2020 gradually, which will also be a contribution to great rejuvenation of the Chinese nation.

Focusing on International Market, Keeping Leading Position in the Industry driven by Capital

Financial investment group is the important driving engine for strategic investment business of Sedant Holding. We promote the transformation and upgrading of traditional business, facilitate the innovation and growth of enterprise and promote the industrial progress and social development by building financial capital platform. We take the profit model of combining capital with industry as the key point, integrate the international resources and focus on international market and insist on the strategy of “bringing in” and “acquisition”. Besides, based on merger and acquisition of foreign and domestic innovative technology enterprises, we provide the opportunity for using the international capital and absorbing the foreign advanced technical concepts, so we are playing a leading position in the market competition, and has grown into an impeller for private enterprise internationalization.

“The era is the base of thought, practice is the source of theory.” With the implementation of the Chinese government’s 13th Five-Year Plan, the supply-side structural reform has made further headway, bringing a steady improvement in the quality and effect of economic development. China is now also participating in the process of globalization further. The opening of 19th National Congress of the Communist Party of China (CPC) brings a golden opportunity to the private business. Currently, our domestic business is mainly distributed in Beijing-Tianjin-Hebei region and Yangtze River Delta, the overseas business is mainly distributed in Europe and the USA. Under the guidance of the spirit of the 19th CPC National Congress and the 13th Five-Year Plan, Sedant holding company has adjusted the company strategic direction, taken reasonable corporate governance mechanism and organization structure, optimized the management system of the shareholders meeting, board of directors and board of supervisors in accordance with law of corporation. The responsibilities and the function of mutual supervision of these three organizations have been clarified. The party committee and labor union also take part in the decision-making process. A scientific and democratic decision-making mechanism has been formed which means the general operating activities will be decided by the management team and the important decisions will be made by the board of directors, which has laid a solid foundation for company's future development. Every employee of Sedant has a persistent love and promises to take the duty of serving the country. The enterprise legal person takes the social responsibility of sharing the country’s cares and burdens. Sedant unites the local government to donate a Hope Primary School annually in poverty-stricken area. From 2018, 1,000 pupils from Sichuan, Hebei province will be donated by us until they finish their primary school. We are aiming to make study and knowledge become the motivation for changing children’s fates and realizing their dreams. Not only does the corporate culture have been inherited, the corporate values of “Thriving on virtue and virtue to the world” have also been fulfilled. 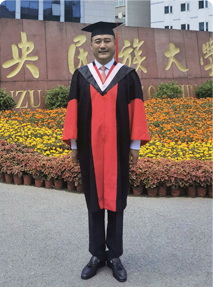 [ Growing up in Sedant ]

- On Sep 27, the Q3 Staff Birthday Celebrating Event of Sedant Holding was held in the con... -

- On June 27, the Q2 Staff Birthday Celebrating Event of Sedant Holding was held in confer... -

- On Sep 29, HR Dept. of Sedant Holding organized the training on Excel -